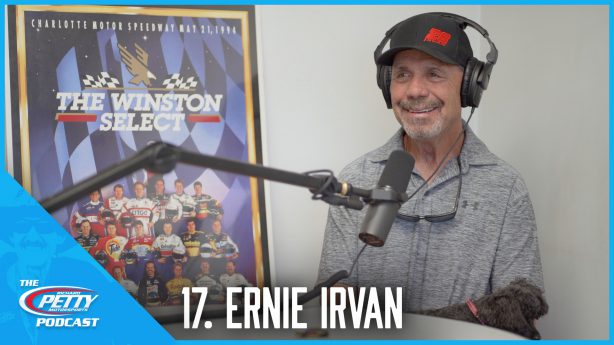 In episode 17, we sit down with Ernie Irvan: California-native former NASCAR Cup Series driver. Ernie is best known for his career in the early to mid-90s driving for teams such as Morgan-McClure Motorsports and Robert Yates Racing. As mentioned a few episodes back in our interview with crew chief Jerry Baxter, both Ernie and Jerry are West Coast racers whose paths crossed quite a bit over their respective careers. Hear from Ernie on the connection with Jerry, as well as his incredible story of making the move to North Carolina. We discuss Ernie’s racing career in detail, including both the highlights and the adversity. A special thanks to Irvan-Smith Inc. for allowing us to use their space for this interview, we hope you enjoy catching up with Swervin’ Irvan!