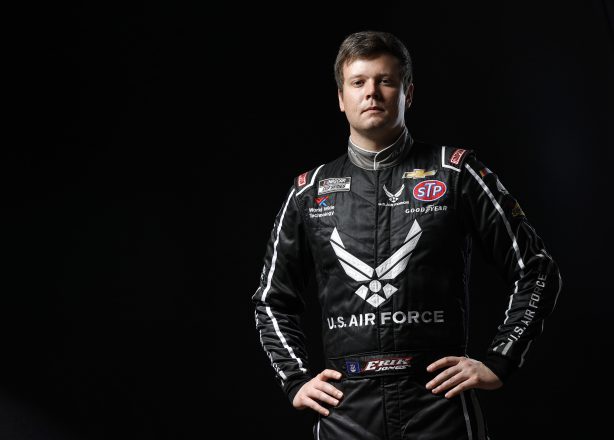 As part of the agreement, the U.S. Air Force will serve as the primary partner of Jones’ No. 43 Chevrolet Camaro ZL1 1LE in the NASCAR Cup Series at the Talladega (Ala.) Superspeedway (April 25) and at the Bristol (Tenn.) Motor Speedway (September 18). The U.S. Air Force is an associate partner for the entirety of the 2021 NASCAR Cup Series season with Richard Petty Motorsports.

For the 13th consecutive season, the Air Force Recruiting Service, charged with the mission to inspire, engage and recruit the next generation of Airmen and Guardians, will continue the partnership with Richard Petty Motorsports.

“I am looking forward to this weekend in South Dakota with the U.S. Air Force, and checking-out what they have going on at the U.S. Air Force Snocross National,” Jones said. “Partnering with them, I think, is a really good fit. I have always been supportive of our military in this country and the people who serve. Personally, I have a connection with friends who are members of the U.S. Air Force and have had great careers.

“I think it is a great partnership with Richard Petty Motorsports, one that I feel really comfortable with and am really thankful for.”

The 24-year-old, hailing from Byron, Michigan, is no stranger to the thrill of the cold, the snow, and the speed that can be found at the U.S. Air Force Snocross National. The brisk winter sport is a hobby of Jones. On Saturday, January 30, he will be introduced to other U.S. Air Force athletes – Lincoln Lemieux and Hunter Patenaude with Scheuring Speed Sports.

Like in NASCAR, the U.S. Air Force’s involvement in Snocross, partnering with Scheuring Speed Sports since 1999, allows Air Force Recruiting Service to target audiences’ interests and the U.S. Air Force’s brand of speed, teamwork and technology. They also partner with the National Snocross Series, and the International Series of Champions (ISOC).

“We are excited to continue our partnership with Richard Petty Motorsports and welcome driver Erik Jones to the team,” Maj. Jason Wyche, Air Force Recruiting Service chief of national events branch, said. “Our involvement in motorsports allows us to highlight the connections between racing and the Air Force, such as speed, teamwork, competition and technology. We’re grateful for the opportunity to host Erik Jones at the 2021 U.S. Air Force Snocross National. This cross-promotion initiative is a great way to fully immerse Jones in the Air Force Racing team.”

The U.S. Air Force utilizes the Richard Petty Motorsports partnership to attract the most talented Airmen and Guardians to preserve the security of America.

“It’s an honor to be associated with the U.S. Air Force,” Brian Moffitt, chief executive officer at Richard Petty Motorsports, said. “We understand that the success of Air Force recruiting relies on a multi-layered marketing campaign at the local, regional and national level. They see the Richard Petty Motorsports partnership as an opportunity for a positive impact on generating public awareness about the career opportunities the U.S. Air Force provides, its people, and its mission. As we go into the 2021 NASCAR Season together, we will continue to focus on the performance of the program both on and off the track.”

The mission of Air Force Recruiting Service is to inspire, engage and recruit the next generation of Airmen and Space professionals. We are looking for America’s best and brightest to fill approximately 30,000 opportunities in more than 200 Air Force specialties, as well as more than 300 space professionals in approximately 27 specific career fields in fiscal 2021. Additionally, our total force partners, the Air Force Reserve and Air National Guard are collectively hiring more than 19,000 part-time Airmen. Our military recruits to retain, providing tough, highly technical training that gives our future servicemembers the right skills to sustain the combat capability of America’s Air Force and protect our nation’s interests in space. For more information about Air Force and U.S. Space Force benefits and opportunities, go to www.airforce.com.

A performance and marketing driven company, Richard Petty Motorsports (RPM), co-owned by NASCAR Hall of Famer Richard Petty and successful business entrepreneur Andrew Murstein, is one of the most recognized brands in all of motorsports. RPM is the winningest team in NASCAR Cup Series history with 273 wins and has business partnerships with national and global leaders. Today the race operation fields the famed No. 43 in the NASCAR Cup Series with driver Erik Jones. The team is headquartered in Welcome, N.C.